See the latest from automobile manufacturers, find a car, and learn about automobile history every 3rd Sunday at 10:30AM on 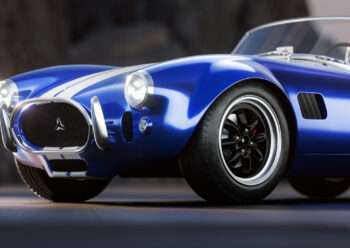 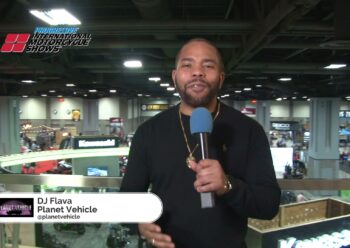 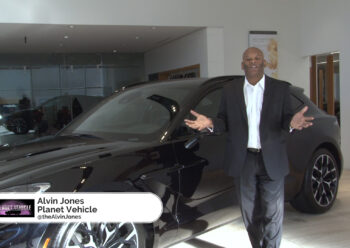 Aston Martin’s first SUV, DBX, is a new kind of Aston Martin, one founded on the principles of beauty, luxury and driving dynamics. Ready to go anywhere, it’s powered by … Continue reading →

Planet Vehicle host Alvin Jones gives you an overview of the Nissan Armada. Armada, Nissan’s flagship SUV, is designed for full-size family adventures on and off- road – with seating … Continue reading →

SHE DID IT: INTERNATIONAL WOMEN’S DAY CELEBRATED AT JAGUAR LAND ROVER

The eighth-generation Sonata 2020 Hyundai Sonata will be revealed for the first time in North American at the New York International Automobile Show . The all-new Sonata has a much sportier look than … Continue reading →

The new Grand Edition models of the SL 450 and SL 550 come with numerous highlights to the interior and exterior that create an even more luxurious driving experience. The … Continue reading →

Iconic doesn’t even begin to describe it. The Ford Mustang from the movie Bullitt driven by Steve McQueen was featured in one of the most influential car chases in film … Continue reading →

I.D. CROZZ-based SUV will be the first next-generation Volkswagen EV on American roads Concept vehicle offers 302 horsepower and all-wheel drive with an anticipated range of up to 300 miles … Continue reading →

A Look At The Nissan Altima

The new Nissan Altima also offers an improvement in coefficient of drag – to 0.26 Cd from the previous 0.29 Cd. Inside the new Altima’s refined, personal space interior, the … Continue reading →

Alvin Jones auditions for a the role of super spy. He navigates his way thru car chases while getting away from the bad guys.

DETROIT – The 2017 Camaro ZL1 is poised to challenge the most advanced sports coupes in the world in any measure – with unprecedented levels of technology, refinement, … Continue reading →

Passat   Volkswagen of America, Inc. announced the debut of the new 2016 Volkswagen Passat at a $1 million Brooklyn bash headlined by Lenny Kravitz. It is rumored that Kravitz was paid … Continue reading →

From London to Berlin: Idris Elba and the New Jaguar XE

We talk with Paul Vaughn, the winner of the Hyundai Hands On contest, as he share a unique story about the people he competed with for the car.

5 Best Pickups to Beat the Blizzard

Clutch Cars: A Look at Some of Michael Jordan’s Coolest Rides

https://autos.yahoo.com/news/clutch-cars-look-michael-jordan-coolest-rides-214517827.html Check out some of Michael Jordan’s Coolest Rides. Story brought to you by Yahoo Autos, BoldRide, and Tony Malkovich.

Hong Kong/Detroit – Infiniti revealed its Q60 Concept, the precursor to a premium sports coupe that will go into production in 2016. The exhilarating concept was unveiled during Infiniti’s … Continue reading →

Jaguar Land Rover at the 2015 NAIAS in Detroit

Jaguar Land Rover has announced plans to create 1,300 new jobs as it continues to accelerate its industry-leading expertise in aluminium and lightweight technologies. The news comes following confirmation that … Continue reading →

Jaguar F-PACE: An All-New Performance Crossover To Join Line-up In 2016

Jaguar confirmed it will introduce an all-new model to the Jaguar line-up, to go on-sale in 2016, named the Jaguar F-PACE. Ian Callum, Director of Design, Jaguar, commented: “We received … Continue reading →

https://www.youtube.com/embed/urhFyKnkIVw Check out the latest vehicles and advanced technologies that will be showcased at the 2015 Washington Auto Show January 23 to February 1 at the Walter E. Washington Convention Center. … Continue reading →